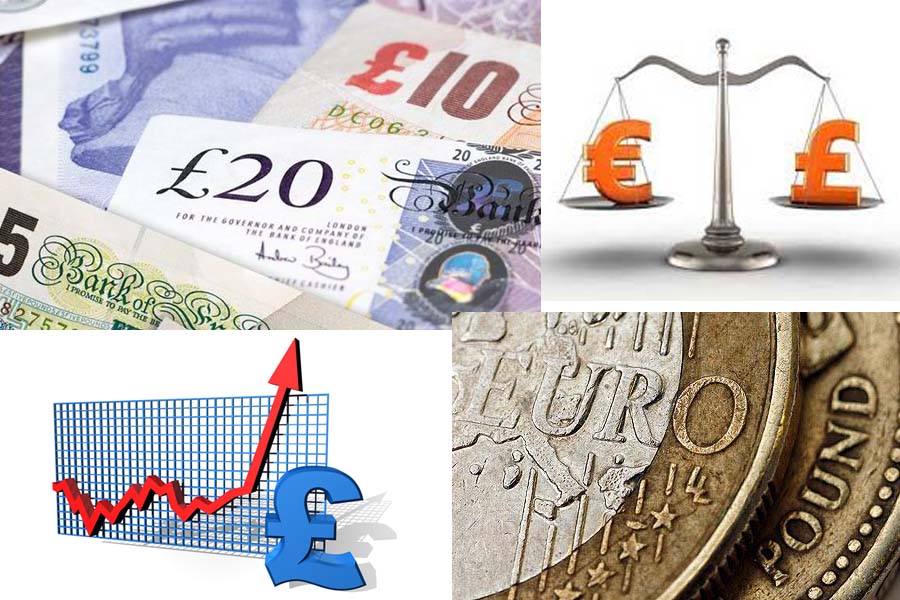 What’s more, looking ahead to 2014, the pound looks set to rise further against the euro. This is because:

1. Sterling may rise, because the UK economy is forecast to expand +3.4% in 2014, the fastest in the developed world, says the Bank of England.

2. The pound could lift, because the Bank of England recently hinted that it will raise interest rates as soon as early 2015.

3. Sterling may strengthen, because UK house prices rose +3.3% in January, the fastest pace since November 2007, according to Rightmove.

4. The pound may climb, because UK businesses are more upbeat than any time since 1992, according to accountancy firm BDO.

5. Sterling may get a boost, because the UK’s trade deficit fell to just £1bn in December, the lowest in 2 years.

6. The euro may fall meanwhile, because the Eurozone faces the threat of deflation, whereby falling prices cause economic stagnation.

7. The euro may also decline, because the European Central Bank looks set to cut interest rates close to 0.0% in March.

8. The euro could also weaken, because the Eurozone’s banks face a cash shortfall of up to £42 billion, according to the banks regulator.

Given all this, sterling may rise higher, making 2014 a great time to buy a property in Italy and particularly in Puglia seen that property price are lower than other areas!

For properties for sale in Puglia please visit http://www.sispropertyandtourism.co.uk