In the province of Lecce, there are a number of architectural remnants of the Order of Preachers’ settlement. Their presence dates back to the 13th century; their goal, to curb the area’s Byzantine influence. 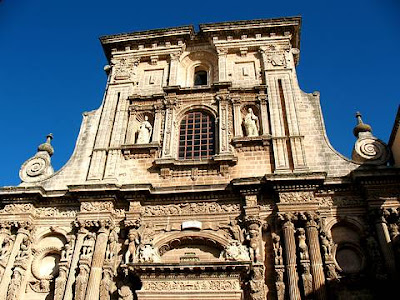 San Domenico’s Church – Nardò, Lecce, Puglia, Italy (Luigi Spano photographer)
Live in the community and inhabit the city: this is Saint Dominic’s precept for his friars. The diffusion of the Dominicans in Southern Italy dates back to the papal boll Clara Ordinis by Celestine V. The Dominicans’ settlement was already established at the end of the 13th century. The reasons that prompted the presence of the Dominicans in the Salento area can be identified in terms of the need to stem the spread of a « Greek-like » culture which set this area apart from the rest of the South: the Byzantine influence had already become firmly rooted in this area. For many centuries the Order spread throughout Europe. The Council of Trent contributed to strengthening the Dominicans’ activity in the area. In the Salento area, the number of convents founded between 1300 and 1626 totals twenty-one… Read More on http://www.culturaitalia.it/pico/modules/percorso/en/percorso254/percorso_0001.html?T=1253810697729